Check out MAGIC's Chosen Standards & Group Management Systems, the services we will provide, and learn about Colaboratorio.

Do you know our four Global Science Communities? Check them out and JOIN them!

MAGIC is working for the implementation and promotion of Identity Federations, eduGAIN and eduroam.

MAGIC is working to ease global collaboration by fostering the implementation of NRENum and DNSSec to ensure NRENum security.

“How to deploy a unified communications network” and Nrenum.net: MAGIC offers free online trainings on these services Friday, 02 June 2017 Both courses are part of the work carried out in the MAGIC project during the last...

The Security Assertion Markup Language 2.0 (SAML2) is an open standard and one of the key technologies for federated identity. It enables single sign-on (SSO), which is used to decouple authentication and authorization process from application. It means that a user can use a single credential to access multiple applications. User’s credentials are not stored in these applications, they are stored in trusted attribute authorities, which handle authentication and authorization processes by themselves. SAML2 is used to exchange these authentication and authorization data, called assertions. Assertions are in XML format. One assertion represents a set of information about an identity, made by SAML authority (e.g. SAML server). Assertions are exchanged between identity provider, an entity which is able to verify user’s credentials and service provider, an entity which needs identity provider to verify user’s credentials.

Groups information can be carried by SAML2 in two ways:

1. Attributes: In this scenario, the group information is carried as SAML attributes as part of the Authentication statement. Many attributes in the commonly used eduPerson schema actually represent groups:

b. eduPersonEntitlement is used to express roles and rights and may represent groups of people.

In addition SAML allows arbitrary attributes to be used to express group membership.

Note that in this scenario the information is only available when a user logs in. This may therefor not serve all use-case.

2. SAML Attribute Query: This protocol provides a back channel for querying attribute- and thus also group- information from an SAML Attribute Authority.

Note that authorisation management between the SAML Attribute Authority and the requestion Services is based on the same mechanisms as between Identity Providers and Service Providers (SAML metadata). This mechanism is rather course, and may therefor not serve all use-cases. 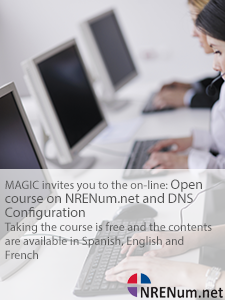 If you need some other information about MAGIC, please write us to

We're on Social Networks. Follow us & get in touch.